The Large-Eyed Mouthbrooder Callochromis Macrops (previously Paratilapia macrops) is a very pretty cichlid. It has the most distinctive large colorful eyes and that is the one thing that you notice right away. Its body too is beautifully colored, but the coloring is quite variable depending on where its from. This species can range in color tones from beautiful reds, oranges, and yellows to bright blues, lavenders, and browns.

This is a moderately sized cichlid from Lake Tanganyika, Africa. the males males reach just over 5 inches (13.5 cm) in length, with females a bit smaller. It is often simply referred to by its scientific name Callochromis Macrops. But other common names used for it include Large-Eyed Mouthbrooder, Big Eye Mouthbrooder, Southern Large-Eyed Muzzle Cichlid, and Southern Bigeye-Mouthbrooder. Others are Macrops “Red”, and in german “Southern Large-Eyed Muzzle Breeder” (Sudlicher GroBaugen-Maulbruter).

This is a very beautiful sand dwelling cichlid, but it is also more aggressive. It can be kept with featherfins and other sand cichlid species, but will not get along well with conspecifics. It should be kept singly or in groups in a larger aquarium. They are actually only mildly aggressive to other fish that do not have a similar size or shape.

Popular because of its compact size and color, this cichlid is easy to moderate to care for as long as regular water changes are done to keep the water quality optimal.  It is a fish best obtained by intermediate and experienced cichlid keepers as they need a large aquarium and are very delicate and sensitive to handling and shipping. Provide them with a sandy substrate along with lots of rock formations and plants. This fish will breed in captivity, building nests in the sand. The plants will provide cover for the the females and newly hatch fry.

It is much easier to tell the difference between male and female with this species than it is with other Lake Tanganyikan cichlids. The females are typically smaller and silver, making it easier to obtain a balanced group of one male and several females. Males of the “red” variety are very nicely marked adding a nice contrasting color to the tank. Tank raised males seem less aggressive toward females. Do not house more than one male. It is important to keep conspecific varieties and similar species separate as they will hybridize freely. 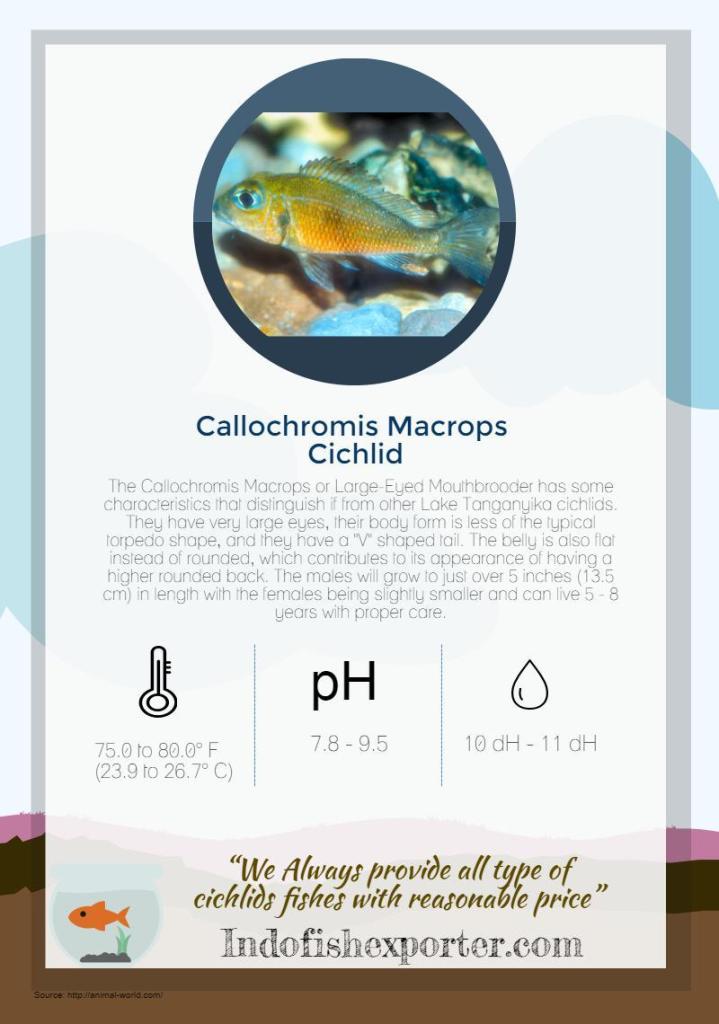